Tom de Bruin is an interdisciplinary scholar of ancient Judaism and early Christianity. He worked as a Senior Lecturer in New Testament Exegesis and Early 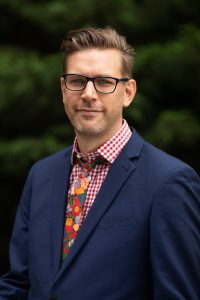 Christian Literature at Newbold College of Higher Education, and before that as independent researcher at Leiden University Centre for the Arts in Society.

De Bruin’s historical research has focussed on embodied ethics, that is the way the body, ethics and the supernatural co-exist in ancient Judaism and early Christianity, as evidenced in the Hebrew Bible, New Testament, Old Testament Pseudepigrapha, Dead Sea Scrolls, New Testament Apocrypha, and Apostolic Fathers.

Early Christian and ancient Jewish views of demons, Satan, and other forces of evil were the topic of his Ph.D. thesis: The Great Controversy: The Individual’s Struggle Between Good and Evil in the Testaments of the Twelve Patriarchs and in their Jewish and Christian Context. A revised version of this work was published by Vandenhoek & Ruprecht in 2015.

De Bruin is the treasurer of the British New Testament Society, general editor of the Journal for Interdisciplinary Biblical Studies and editor/webmaster of the European Adventist Society of Theology and Religious Studies. He was formerly a pastor and administrator for the Seventh-day Adventist Church.

You can find more information about De Bruin (and his work) on Academia.edu, and Twitter.